Sastra means knowledge. Piningit means secret. It's a secret knowledge, notably in the old days. More precisely it's mystically secret knowledge. The kejawen had been kept as secret knowledge by mystical power (gaib). Kejawen is not atheistic or anti religion, on the contrary it's a knowledge of belief in God. The Javanese ancestors had taught kejawen to only a view of selected individuals and in each case, only after a scrutinized consideration, that those people should keep the knowledge only for themselves and hopefully some of them should be determined to practise the knowledge whole-heartedly. 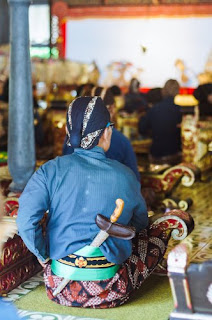 Note: It was not all of them, only some of them.

It is a way of speaking in a low voice, almost whispering. It was how the kejawen was taught between a guru with his very limited member of pupils (from 2 to 4 persons). That's why some people say kejawen is Klenik or Ngelmu (spiritual knowledge) klenik.

The lesson was oral. No one was allowed to write. Everything had to be remembered by heart. The usual time was evening until midnight or early in the morning before sunrise. The guru classified the lessons. Ordinary knowledge could be given inside the house.
But for important and sacred knowledge, 'the class' was not in the house. It was in the meadow, in the bank of a river, on the beach of sea, on the mountain etc. some were allowed to be taught only during full moon time.

They were special chosen good days to learn, which are valid to this day. There are among other:
Jum'at Kliwon and Jum'at Legi - Friday Kliwon and Friday Legi
Selasa Kliwon - Tuesday Kliwon.
Some sacred lesson only be taught on above days.
According to the spiritual Guru, it was a tradition. He had received the teaching from his Guru also in special places and days. He did not dare to alter the tradition.
Tweet